This job is no longer accepting applications.

Fireproof Games are looking for an experienced animator to build and run a small animation team. The projects will involve heavy use of motion capture to produce realistic performances so it’s essential candidates have experience acquiring and working with mo-cap.

Formed in 2008 by a group of ex-Criterion Games Art leads, Fireproof Studios cut their teeth outsourcing on a number of high profile titles such as Little Big planet 1 & 2 and Killzone Shadowfall before making The Room in 2012, their first game as Fireproof Games.

The Room was a runaway success, winning multiple awards including an Apple GOTY and the BAFTA for Best British Game. Following this initial achievement Fireproof Games followed up with The Room Two, The Room Three, The Room 4: Old Sins and VR exclusive The Room VR: A Dark Matter.

Fireproof has also released high-definition versions of the original Room games on PC, with the first of these also ported to Nintendo Switch.

Fireproof Games are based in Guildford, Surrey and are a 100% independent games developer. 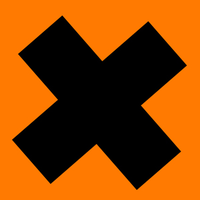