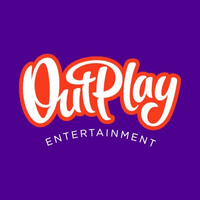 We make award-winning mobile games for you to enjoy with friends and others from around the world!

Founded in 2010 and based in Dundee, Scotland, Outplay Entertainment is the largest independent mobile developer in the UK.

To date, the studio’s games have received over 100 million downloads, have been featured multiple times as Apple’s Editors’ Choice and received a BAFTA nomination. Most recently the studio won the TIGA 2017 Best Strategy Game for Castle Creeps TD and was recognised as one of the fastest growing tech companies in the UK.

With a passionate focus on making the best games, our team of talented and dynamic Outplayers have so far developed several critically acclaimed and award-winning games with an exciting pipeline of future games and continued growth on existing games Outplay can offer fantastic opportunities in a great working environment to continue your career development.